I often refer to what we call the interstellar medium as the galaxy’s “backstage,” and I do that for a reason: for the most part, we can’t see it.

The backstage of any theater isn’t part of the show. You, as part of the audience, never see it. But you see evidence of it, when new props appear as the play progresses through scene after scene and the actors interact with their backstage.

The same thing happens with the interstellar medium. It’s not the hidden area behind the stars of the galaxy. (Ha, get it? Stars?) In fact, more often than not it’s actually the one hiding stars from view. But we can’t see it…unless we study how stars interact with it.

One way to do that is to look at reflection nebulae—evidence of the light from bright young stars reflecting off the dust of the nebula. That qualifies as interaction.

And in the case of emission nebulae, hot O-type stars ionize the hydrogen gas of the nebula. I’d say that’s interaction, too.

Even dark nebulae can technically be seen, since we see them as shadowy clouds silhouetted against background nebulae or stars.

But sometimes, it’s not that simple. Sometimes, we have to rely on the galaxy’s props to guess at what must be stored backstage. And that means studying stellar spectra. END_OF_DOCUMENT_TOKEN_TO_BE_REPLACED

Take a wild guess: What do you think this image is showing you?

This isn’t a hole in space. We can’t see any stars in this region, but not because there aren’t any. In fact, there are just as many there as there are flanking the giant space blob.

Sometimes we can see it as a pale blue reflection nebula, or a bright pink emission nebula. But in this case, we’re looking at a dark nebula—visible only because it blocks the light from stars beyond it. It appears to be a hole in space.

It’s closer to being an outer space blob. But what exactly is it? END_OF_DOCUMENT_TOKEN_TO_BE_REPLACED 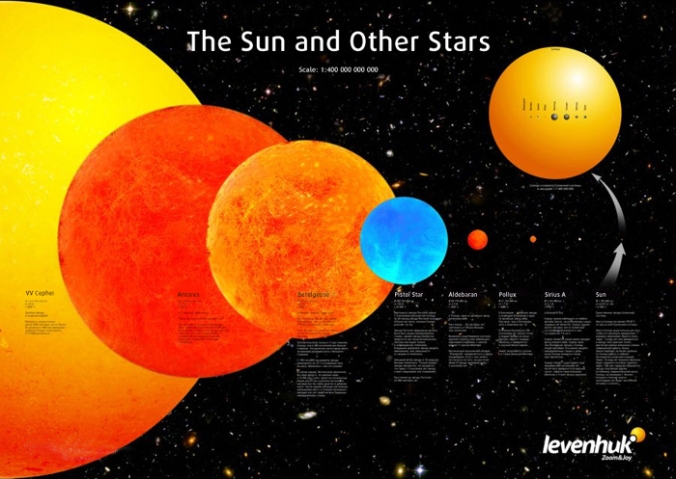 We’ve talked about a lot of stars over the past few weeks. We’ve discovered the vast distances between the stars, looked more closely at what really makes a star bright, and covered all kinds of ways to classify stars—from their spectral type to their luminosity class.

Most importantly, we’ve looked at the H-R diagram, the diagram that classifies stars by their color, temperature, composition, and luminosity…and relates those properties with many other features stars have.

By now, I’ve introduced you to a lot of different ways to classify stars.

Months ago, I talked about the different spectral classes—O, B, A, F, G, K, and M. Even before that, I told you about apparent visual magnitude, our ranking system for how bright stars appear to the naked eye.

More recently, we explored absolute visual magnitude and the related absolute bolometric magnitude and luminosity. All these are related to a star’s actual brightness, not just how bright they seem to be from Earth.

And last but not least, we talked about the H-R diagram and how to rank stars by their luminosity classification.

In short, it may seem like sorting stars is a complicated business. But it’s not really. And here, I intend to give you an overview to put all this together. END_OF_DOCUMENT_TOKEN_TO_BE_REPLACED 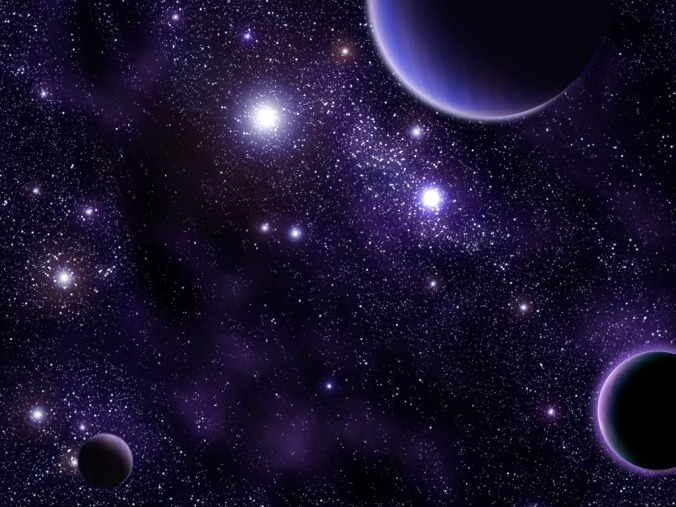 Stars don’t look small because they’re really the size of pinholes in a blanket. The smallest are the size of Earth. The largest have 128,865,170 times Earth’s diameter.

They look small in the sky because they’re distant. It’s for the same reason you can tell how far away your surroundings are by how small they appear; you know the mountains on the horizon are far away because they look shorter than your house.

The nearest star to our solar system is 4.3 light-years away. But what exactly is a light-year?

Light seems to travel instantaneously from your flashlight to the nearest surface, but it actually has a finite speed. In one second, it travels 299,792 km—fast enough to wrap itself around Earth’s equator 7.5 times.

But how do we know this? END_OF_DOCUMENT_TOKEN_TO_BE_REPLACED 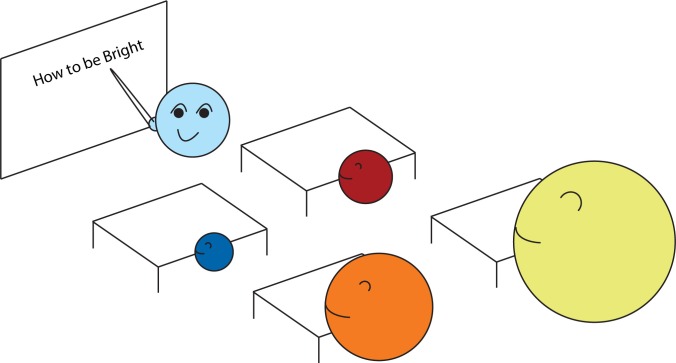 What do you think it would mean for a star to be in a specific luminosity class? I mean…does that mean they go to school to learn how to be bright?

Stars can be sorted in a lot of ways—and a good thing, too, because there are literally trillions upon trillions of them. Astronomers would be lost if we couldn’t sort them into groups to study.

They can also be sorted according to their absolute bolometric magnitude (how bright they would look from ten parsecs away if the human eye could see all types of radiation).

And…they can even be sorted according to their luminosity. END_OF_DOCUMENT_TOKEN_TO_BE_REPLACED

Tell me about the stars you see in this image.

They look like billions of little pinpricks of light, right? It’s hard to imagine that each one of these is probably the size of the sun…or much larger. And the sun, by the way, is about 109 times Earth’s diameter.

So if you thought those stars were small…not so.

It makes sense that they would be very large. Their light reaches us from many light years away, with the nearest star 4.3 light years away and the most distant one likely trillions.

In order to radiate that far out and stay bright enough to speckle the night, they would have to be very luminous, and that means having a large surface area, even if they’re not particularly hot.

So how do we know how big the stars are? END_OF_DOCUMENT_TOKEN_TO_BE_REPLACED 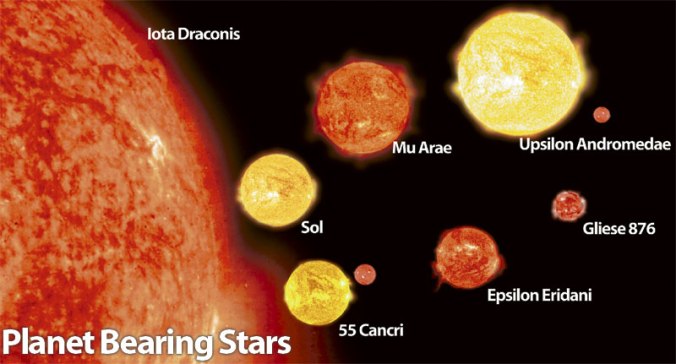 There are 250 billion stars in our galaxy alone. Many are much like the sun, labeled with the Latin sol for “sun” in this diagram. But many more are not quite what we might expect stars to be like, after living under the light of a white G2 star our whole lives.

Wait a second. White G2? Since when is the sun white? And what the heck does G2 mean?

I’m talking about its spectral type—a classification system that organizes stars by their temperatures, determined by what they’re made of. The sequence is O, B, A, F, G, K, and M, in order from hottest to coolest. The sun is a fairly cool star.

But the thing is, the spectral types don’t actually tell you anything about how bright the star is, how big it is, how luminous it is…I could go on.

So how can we make things easy for ourselves and classify stars according to spectral type, size, and luminosity all at the same time? END_OF_DOCUMENT_TOKEN_TO_BE_REPLACED

Find yourself a dark, unpolluted night sky on a clear night free of clouds, and you are very likely to look up into the heavens and see a sight quite like this. It’s what we see of the Milky Way, our galaxy.

When I’m at an astronomy event with a sky like the one above, I find it absolutely incredible. Do you notice how the stars don’t all look the same?

A couple are startlingly bright, there are numerous stars that are somewhat dimmer, and if you look really hard, you notice that even the dark night background is sprinkled with stars so faint they can barely be seen.

But what if I told you that you’re not even seeing the half of it? END_OF_DOCUMENT_TOKEN_TO_BE_REPLACED