Illustrations by John Garrett, my co-presenter for the Orange County Astronomers’ What’s Up show tonight. More precise labelling and captions to come later. 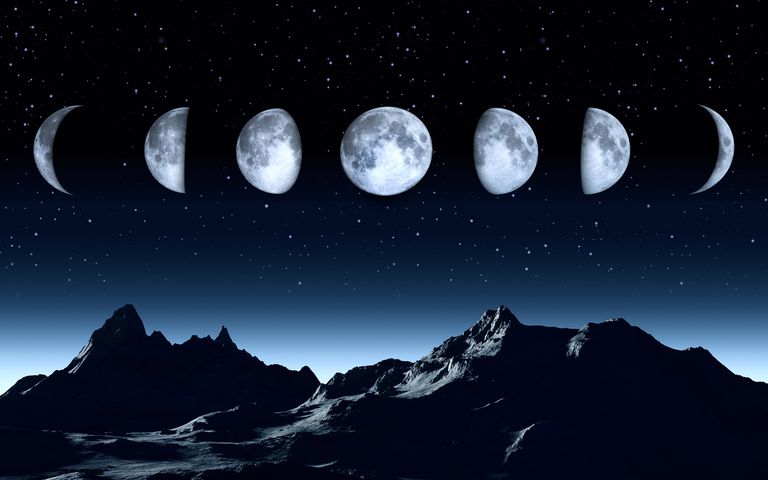 We see it almost every night of our lives. For thousands of years, the greatest philosophers and astronomers alike have watched its face change and wondered why.

Step outside and observe the moon every day for a month and you will notice something fascinating. Over the course of the entire month, the moon will go through an entire cycle of phases—no more, no less.

The phases of the moon are something I’ve talked about before, but I wanted to spend some time on a few common misconceptions this time around and show you the truth behind the lunar phases. END_OF_DOCUMENT_TOKEN_TO_BE_REPLACED 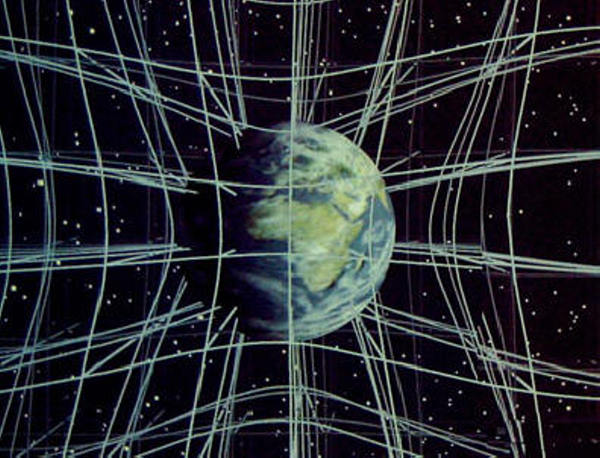 When you hear about “space-time,” it’s just a way to say that space is related to time. And the curvature of space-time, as Albert Einstein predicted, is the way space and time alike literally bend around a mass such as the Earth or the sun.

That’s what’s diagramed above. This is a three-dimensional concept diagram of the way space sort of “clings” to an object. Notice the way it sort of tightens up when you get close to Earth? And because time is part of this whole equation…time sort of tightens up, too.

I assume that explains the “twin paradox,” as it’s called. That’s where the space-traveling twin returns home to Earth younger than their Earth bound twin.

Why? Seems to me it’s because time was tighter and passed faster on Earth, while it spread out and passed a bit slower for the traveler. (Don’t quote me on that, I just guessed that from this diagram.)

Einstein figured all this out. But scientists need evidence. Trusting Einstein’s genius wasn’t enough for them. How did they accept relativity as fact? END_OF_DOCUMENT_TOKEN_TO_BE_REPLACED

Thales and Pythagoras suggested that the natural world could be understood. Aristotle dared to imagine what was beyond the Earth. Plato encouraged thought about the universe, even if he did take astronomy one step forward and two steps backward.

Copernicus followed in Ptolemy’s wake, devising the revolutionary heliocentric (sun-centric) model of the universe. Tycho Brahe may have (incorrectly) rejected that model, but he did make some of the most detailed night sky observations yet.

What’s more, by Johannes Kepler’s time, Tycho had cast doubt on the idea of uniform circular motion that had plagued astronomy for centuries.

At last, the world was ready for a more mathematical take on a question that had confounded philosophers, mathematicians, and classical astronomers alike: how do the planets truly move through space?

By standing on the shoulders of giants, Johannes Kepler was finally able to devise his three laws of planetary motion, which are still the leading mathematical theory today. END_OF_DOCUMENT_TOKEN_TO_BE_REPLACED 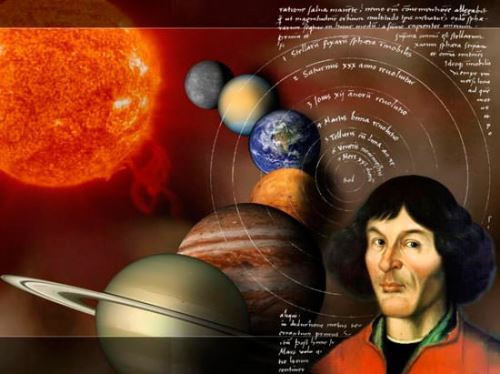 Nicolaus Copernicus lived from 1473-1543, a time when rebellion against the Church was at its height. And unfortunately for the astronomy of the time, it had gotten inextricably tied up with Christian teachings.

In that time, heaven and hell weren’t just parts of our personal religions and beliefs—the Church held some of the highest authority over the land, and questioning heaven and hell just wasn’t done.

The way astronomers of the time pictured the universe fell right in sync with the heaven and hell geometry—Earth was the imperfect center of the universe, with hell nested deep below. Heaven was a place of perfection, and it was where all the heavenly bodies—the moon, sun, planets and stars—all moved.

Problem was, the Ptolemaic model of the universe really couldn’t explain detailed observations. It used epicycles to explain why the planets moved backwards sometimes. And no matter what people tried, they couldn’t get it to be accurate…

But then along came Copernicus, who would be the first to challenge the Ptolemaic universe and be believed. END_OF_DOCUMENT_TOKEN_TO_BE_REPLACED 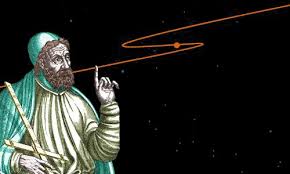 Claudius Ptolemy lived about five centuries after the Greek philosopher Aristotle’s time. Aristotle’s model for the universe—the first geocentric model, with Earth at the center—was still widely accepted, and Ptolemy sought to improve it.

Ptolemy was one of the first of the ancient Greeks to be a true astronomer and mathematician, rather than a philosopher.

Where Aristotle, Plato, Thales, and Pythagoras before him had tried to use “pure thought” to understand the nature of the heavens, Ptolemy set about to perfect the geocentric model mathematically.

This was a huge step forward for science as a whole, as science today relies heavily on mathematics.

In Ptolemy’s time, science didn’t really exist yet. The Greeks preferred to just think through problems logically and reasonably, and if the logic they used was based on untrue assumptions…well, no one was the wiser.

But Ptolemy came up with the wonderful idea to line up observations of the sky with mathematics. And even though Aristotle’s view of the universe shackled him, he moved science forward with great strides. END_OF_DOCUMENT_TOKEN_TO_BE_REPLACED

You may have heard of a common pseudoscience—astrology. Astrology is a pseudoscience because it’s a set of beliefs that seem to be based on scientific ideas, but really, it fails to obey even the most basic rules of science.

What are the basic rules of science, then? END_OF_DOCUMENT_TOKEN_TO_BE_REPLACED

The ecliptic, as astronomers call it, is the apparent path of the sun against the background of the stars in the sky.

It’s useful because it tells us how to find the planets in the sky. They can be hard to spot if you don’t know where to look, but they will always be somewhere along one imaginary line that arcs across the sky—the ecliptic.

This pattern never changes. The planets don’t follow the ecliptic exactly, but it’s useful for getting an idea of where they should be.

But why does it work—and what exactly does it mean, when it’s obvious we can’t see the sun among the stars of the night sky? END_OF_DOCUMENT_TOKEN_TO_BE_REPLACED