Well, at the time stamp of about 2000 AD (CE), I think you will. It’s one of the most famous constellations in the night sky.

Well, technically, it’s not a constellation at all.

It’s an asterism—a commonly recognized grouping of stars that isn’t actually official as a constellation. There are tons of asterisms that you no doubt recognize…the Summer Triangle, the Great Square of Pegasus, the Big Dipper.

That’s right. That mess of stars up there that keeps changing for some reason…that’s the oft-recognized Big Dipper, part of the constellation Ursa Major.

So why the heck are the stars moving?

It’s not really that surprising, if you think about it. We don’t notice the stars move like this day to day because it happens so slowly. But if you were alive 100,000 years ago, you would have seen a very differently shaped Big Dipper.

In fact, all the constellations would have looked different—so much so as to be unrecognizable.

Why? Because, just as the moon orbits Earth and Earth orbits the sun, the sun orbits the center of the Milky Way Galaxy. And so do most of the other stars in the sky—at different speeds. 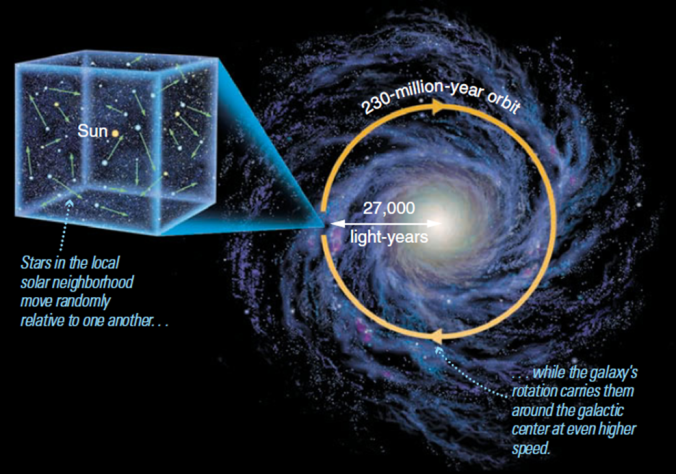 So…why doesn’t the array of constellations just move across the sky, instead of twisting and distorting?

Well…because that already happens, and it’s because the Earth is rotating. It makes the sky appear to revolve westward around us, but it’s really the Earth rotating eastward.

(To get an idea of why this is, wrap your hand around your fist and turn your fist. Notice how your hand seems to move in the opposite direction relative to your fist, but it’s really your fist moving?)

Think of the stars’ motion this way: Earth is sitting in the depths of an ocean, and we can look up at the surface and see the waves move. But we see that as a warping, a distortion, in the surface of the water.

That’s exactly what happens in the sky. And over time, the layout of the stars will distort so much it forms entirely new constellations. This motion of the stars is called proper motion.

And it can help us figure out which stars are closer to us, and which are farther. It even helps us measure their distance and how they’re moving.

Tell me, if an object were moving away from you, how would you normally know? 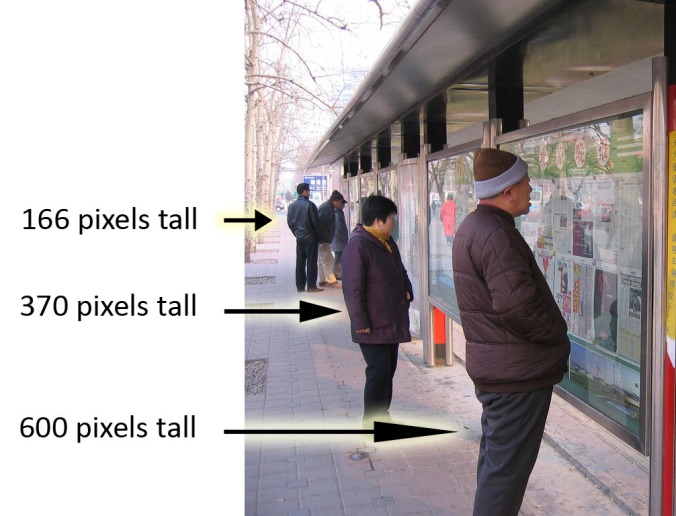 I’m going to assume that you can normally tell distance by how small or large the object appears.

You’re right. If a person standing on the sidewalk next to you looks bigger than the mountains on the horizon, you know that the person isn’t really bigger—the person just looks bigger because he or she is so much closer to you.

It doesn’t work that way with stars. Well, it would, but they’re so far away already that we can’t tell the difference—one tiny pinprick of light isn’t any different from another. So we need to find a different way.

Astronomers recognize that when we see a star change position in the sky over time—like those in the Big Dipper above—they probably aren’t only moving sideways across the sky.

I mean, seriously, how special would we be if stars only moved perpendicular to Earth’s surface?

The ancient Greeks believed that—they thought the Earth was the center of the universe, and the stars all orbited around them in perfect circles. But that’s not true. Stars move all over the place.

So how can we tell how they’re moving, if we can only see their proper motion?

Some time ago, I wrote about the Doppler effect.

The Doppler effect is a way to measure a star’s motion towards or away from you.

It relies on a star’s spectrum. That sounds like a high-tech astronomy word, but it really only means a band of all radiation that reaches us from a star.

Their atoms—essentially, the stuff they’re made of—will stop radiation from reaching us. Every specific atom blocks a specific wavelength of radiation. Where visible light is concerned, that means one specific color…and we’ll get something like this.

Astronomers, however, prefer not to study stellar spectra on a rainbow. It’s much more useful for them to get their data off a graph, because it shows the exact same thing…but is capable of showing the entire electromagnetic spectrum, not just visible light. 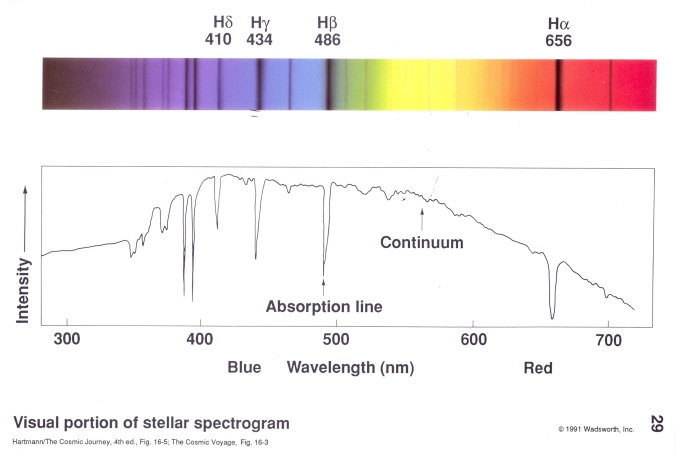 So what does any of this have to do with the Doppler effect?

Well, I explained this in more detail in my post on the Doppler effect, but here’s the basics. When an object is moving towards or away from us, all its absorption lines will be shifted a little bit—to the left or to the right. This is called redshift or blueshift.

The curved grid you see here represents a portion of the celestial sphere.

Now it’s a matter of simple mathematics. I’m not going to bog you down with formulas, but from here, it’s quite simple to calculate the direction and speed at which the object is actually moving—its true motion.

As you can see, proper motion is an extremely useful tool. It puts the Doppler effect to use at figuring out how a star—or any object, for that matter—is actually moving. And it grants us another ability—to discover how bright a star really is.

Wait a second…what? I mean, isn’t it pretty obvious how bright stars are?

Not really. We can catalog them according to their apparent visual magnitude—how bright they look. But the brightest star in the sky, Sirius, is actually about twice as far away from us as a nearby but dim star, Proxima Centauri.

That means that Sirius must be emitting a great deal more light and energy than Proxima Centauri, for it to appear brighter from a greater distance.

Back when I wrote about apparent visual magnitude, we didn’t have the tools to figure out intrinsic brightness—how bright a star actually is. Now, with the Doppler effect and proper motion in our toolbox, it’s a simple matter.

5 thoughts on “Stars and Proper Motion”