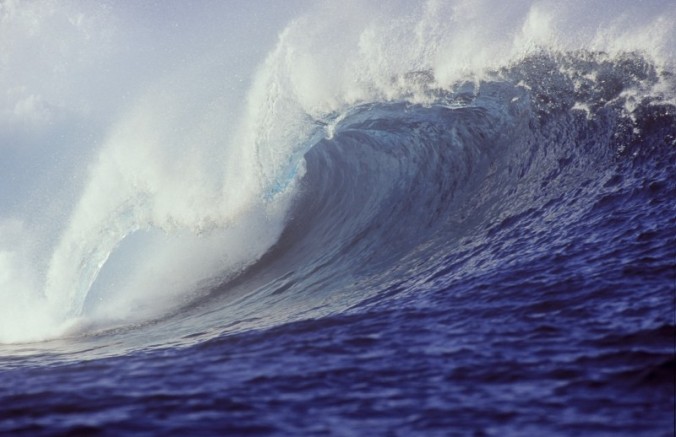 Take a wild guess: how much energy do you think the sun generates?

Think about it. It definitely generates enough energy to power a world.

Humans depend on the photosynthesis of plants, which converts sunlight into energy. And that’s not all. Without energy from the sun, our atmosphere would behave very differently, and so would our oceans.

Everything that moves on Planet Earth does so because it has energy. And a lot of that energy comes from the sun. It doesn’t even stop there—obviously, the sun has plenty of energy to spare, if the recent influx of solar power means anything.

The sun is incredibly powerful. And it’s powerful enough to keep generating that kind of massive energy supply for billions of years.

So where does it get all its energy?

If you read my last post, you’re probably familiar with nuclear fusion. This is the process of fusing two small atomic nuclei together to create a heavier nucleus.

Wait…slow down. What exactly are we talking about?

Alright, chemistry crash course time. Atoms are the building blocks of the universe. Everything is made up of them. There are over a hundred different elements that are only made of one type of atom, and combined together, these form substances.

An atom looks something like this…although this diagram is extremely simplified. A lot more goes on in an atom that I’m not going to elaborate on here.

An atom is made up of three different parts: protons, neutrons, and electrons. The protons and neutrons are bound together in the nucleus, and the electrons orbit the nucleus like planets orbit a star.

The thing is, atoms aren’t really solid things. You could knock an electron out of its orbit just as easily as you could knock a planet away from its star. Granted, it would take a huge force, but it’s still possible.

One surefire way to knock an election away from its atom is by smashing two atoms together. Crash them together hard enough, and you might just manage to strip all the electrons away from both atoms.

That’s what happens in a star.

In the core of a star, atoms are constantly zipping around unbelievably fast. Seriously, the speeds they reach are incredible. And when atoms only have one electron, it’s super easy for that electron to get lost.

That’s the case with hydrogen. This particular atom is made up of one proton, one electron, and—most of the time—no neutrons. And it’s the atom that makes up most stars.

So essentially, what you have inside the core of a star is trillions upon trillions of protons and electrons zipping around, free of one another. But they’re moving so fast, they’re bound to collide.

It’s like sticking hundreds of people in a single room and making them run around at freeway speeds. It’s a recipe for disaster.

And that’s what happens in a star—one disaster after another.

In the form of hydrogen fusing into helium and generating massive amounts of energy…more massive even than a nuclear bomb. Massive enough to power a whole planet—well, a whole solar system—for billions of years.

Let’s take a close look at this chain reaction.

We start out with four protons. See those red balls in that first step? Those are the protons.

Then we crash them together. It’s highly unlikely for all four to crash together at once, even in the core of a star. So we crash two together at a time. The result is a neutrino and a positron.

What the heck are those?

Well, a neutrino is an extremely small particle found inside protons and neutrons.

These ultra-tiny particles travel at nearly the speed of light…which, FYI, is pretty fast. The speed of light is often called the “universal speed limit” because nothing in the universe can travel faster.

A positron is something different. It’s created when a proton converts into a neutron. The positive charge has to go somewhere, so we get a positron.

Next step. Remember we started with two protons. We got the positron from changing one of them into a neutron, so now we have one proton and one neutron. There’s a special name for this combination—it’s a type of hydrogen atom called deuterium.

Now let’s crash our deuterium into another proton.

This time, we’re not going to get any more neutrons out of it. We’re keeping our two protons and our neutron. But this kind of collision is going to release energy—in the form of a gamma ray, a type of radiation.

Now we have a helium nucleus. Helium is an atom with two protons. Usually it also has two neutrons, but we only have one.

Now remember, we started out with four protons, but we only crashed two at a time. So let’s assume we did this whole process twice, and now we have two helium nuclei, each with one neutron.

To finish off the proton-proton chain, let’s crash our helium nuclei together.

Again, because crashing atomic nuclei together generates energy, we’re going to gain something. In the first step, we got a neutrino out of it. In the second step, we got a gamma ray. Now, at last, we get energy.

You’ve probably heard of this whole process before, though you didn’t recognize it at the time. But I wonder if you’ll recognize it if you see it written in a different way… 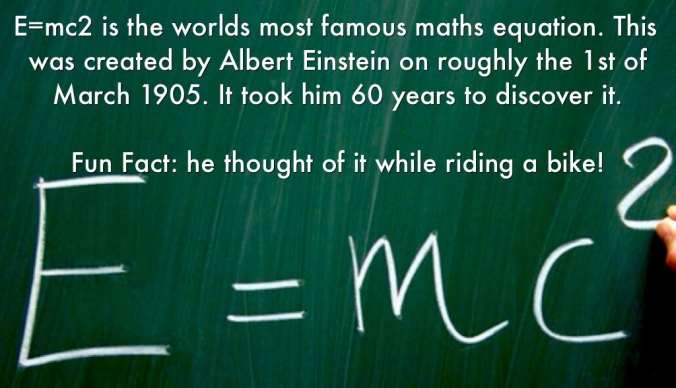 Most people have heard of Einstein’s famous equation, E=mc2, but many don’t really know what it means. What if I told you that it proves matter can be converted into energy?

To clarify, matter is absolutely any substance in the universe. It just means “stuff.” Energy is, well, energy. No translation required.

Yes, I’m serious. Matter can be converted into energy. Einstein proved it. And one of these days, I’m going to figure out how that actually makes sense and write a post on it for you guys.

For now, just accept that E=mc2 is a fundamental law of reality, as inescapable as gravity or time.

Well, that’s it for this post. Next up, we’re going to take a closer look at hydrogen fusion in stars.