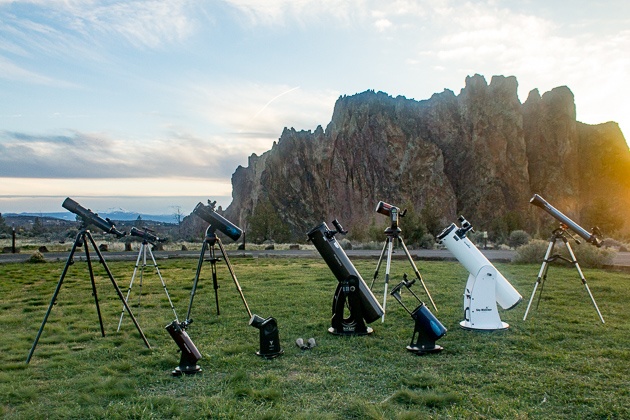 For the past few days, I’ve done a lot of talking about differences between types of telescopes and mounting systems. On occasion, I’ve mentioned some of their parts, though I haven’t focused on that.

This post is meant to be a brief overview of differences between telescopes and their parts. If you want some more in-depth explanations, I’ll link back to those I’ve already written.

In the image above, you see just a few different examples of telescopes. And just in this image, they range far and wide. Most stand on tripods, but some don’t. I can see two different telescope shapes. Some have the eyepiece in different places.

There are more variations of telescopes than are shown here.

So climb on board…I’m about to take you on a telescope tour!

How to Tell a Reflector from a Refractor

It’s easy. A reflector is a straight cylinder; a refractor tapers off a bit. 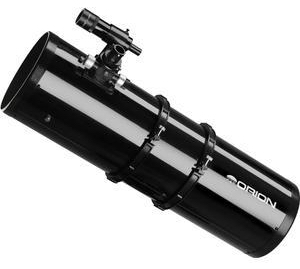 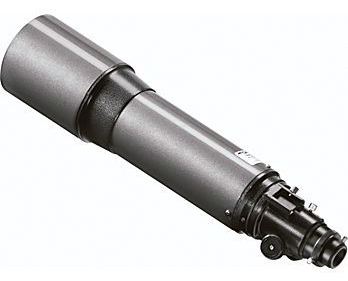 Reflectors: How to Tell a Newtonian from a Schmidt-Cassegrain

And here’s a Schmidt-Cassegrain.

Mounting: How to Tell an Equatorial from an Alt-Azimuth

Your equatorial mount can follow objects across the sky easily because it only moves the telescope on one axis of rotation—right ascension. (That’s the orange axis.) Once you’re pointed at an object, the pink axis (declination) doesn’t need to rotate at all.

And here’s an alt-azimuth (or alt-az) mount: On an alt-az mount, both axes must rotate to follow an object across the sky. The altitude axis makes the telescope do a motion a little bit like nodding your head, and the azimuth axis makes it rotate on its tripod—like screwing off a lid.

Alt-az mounts are often called fork mounts because they look like they have two “tines.” But they don’t always have two tines… 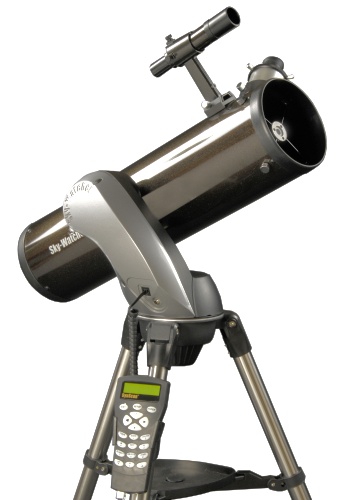 This mount is also an alt-az, meaning that it has axes of altitude and azimuth. But it’s not a fork mount.

And here’s where you can find them on a telescope.

As you can probably see, finder scopes come in all shapes and sizes…

I could spend ages on the different types—they’re almost as varied as telescopes themselves. What you’re looking at above is a simple laser finder scope. 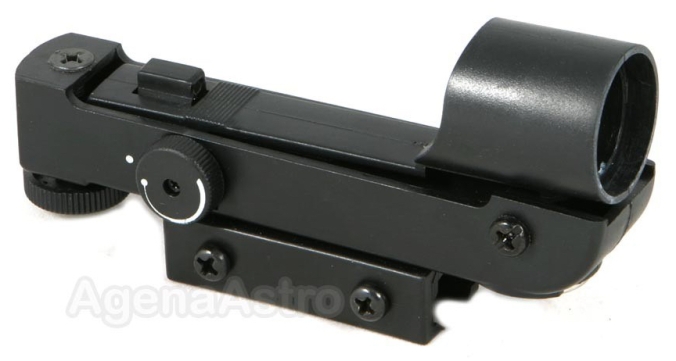 This little gadget has a screen inside its tube that lights up with a single little dot when turned on. If you look through it, you’ll see that dot land on the point in the sky your telescope is aimed at.

Well, unless your finder scope is misaligned…

But that’s a whole other story. Anyway, my favorite finder is the telerad, which is by far the coolest finder scopes get.

This nifty little gadget perches atop your telescope like any finder scope. It works pretty much the same way as the laser finder, but it lights up with a big red target symbol instead, like you see in the image.

The only disadvantage to a telerad is that you have to look through it at the right angle to see the target.

But it’s worth it. Notice that telerads don’t have a tube to look through. It’s much easier to see where you are in the sky when you look through one, as opposed to a laser finder or one of the more traditional finder scopes. Both of my telescopes use telerads.

Here’s a traditional finder scope, by the way. 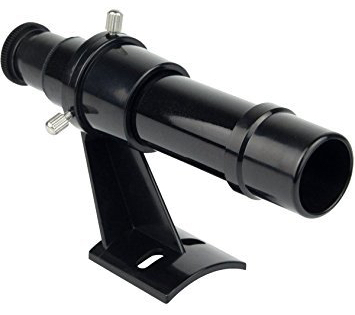 These traditional guys are every bit as varied as telescopes. Some are smaller or larger. Some have twice as many of those silver screws you see. Some actually magnify, just like the telescope itself. (I’m not a fan of those, but they serve their purpose.)

The purpose of a finder scope is simple, and they exist to make an astronomer’s life easier. In the day and age of advanced computer technology, we don’t need finder scopes quite as much. But they’re still good to have, in case computers fall short.

Telescopes magnify. That’s basically the whole point of them (even if it isn’t the most important of their powers). And because telescopes magnify, it can be hard as heck to search the sky for an object when looking through the eyepiece.

Why not just find the object in the sky and aim, then?

Because…I hate to tell you, but it’s really hard to find an object in the sky and aim. Telescopes just aren’t made that way. It can take upwards of a half hour just to find Jupiter and get it in the eyepiece, even if you know exactly where Jupiter is.

Why? Because, again, telescopes magnify. If you had an eyepiece that didn’t magnify and saw the sky just as your eyes do, maybe it wouldn’t be so hard…

But…wait! We do have an eyepiece like that! Except it’s called a finder scope.

See, that’s the magic of a finder scope.

There are also oodles and oodles of different types of eyepieces and filters…and while we’re talking about cool accessories, why not talk about camera types…

Here’s the bare bones: Eyepieces magnify, and the smaller ones magnify more than the larger ones. Filters screw on inside the eyepieces and help you see objects that don’t contrast well with the night sky otherwise.

And…that’s really quite enough on telescope accessories for one post, don’t you think?

I decided not to write a post on adaptive optics, since I pretty much covered it with improved telescope mirrors. But tomorrow we’ll do interferometry.

15 thoughts on “A Telescope Tour”